The Atom 4: The Exotic Car That Could Replace Your 9 Rounds of Golf 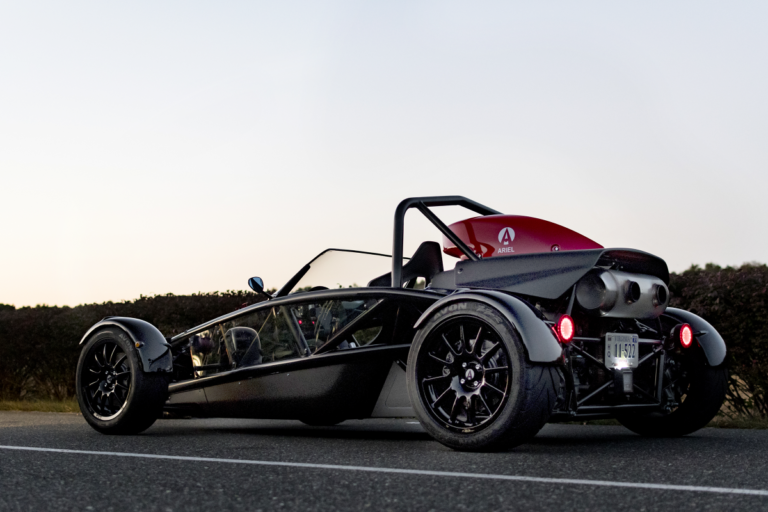 Just imagine — top down, wind in your hair, pedal to the metal. What kind of car do you automatically picture yourself in? It’s probably not this, the new Atom 4, which doesn’t have doors or a roof. But what this exotic car lacks in standard features it makes up for in power, speed and fun.

“After driving an Atom, it disappoints you when you drive other sports cars because it’s so visceral and so real,” Mark Swain, President of Ariel North America, and TMI Autotech who makes these cars, tells us over a video call. He’s dialing in from Halifax County, Virginia, where his team of experts tool the parts and manufacture the cars themselves. Even through the screen, you can see his eyes light up when he talks about this car.

“The Atom 4 takes away all the driver aids. You know, nowadays, cars are pretty dull. If you drive any modern sports car it has traction control, it’s got ABS, it shifts for you. The Atom has none of that, and that’s what makes it fun. You’re out there driving and you’re in control.”

The way Swain speaks, it’s clear he wants people to think of driving differently. Growing up in Canada fixing his dad’s cars and then going on to race cars professionally, driving is clearly in his blood. For him it’s not about the frills but the experience, and that’s what he found in Atom, made by the legacy, British automobile brand Ariel. Manufacturing these cars in the States wasn't just about making them more accessible, but re-energizing the niche and building a community.

With a specialty vehicle driven on or off the track, the right coverage is key. Reach out to our experienced coverage advisors at Kelly Klee to discuss your options. We’d love to chat. 844-885-1600

So how did you end up bringing a British car to the US?

My business partner and I first started putting on high-end executive events where you could be a race car driver for a day with an Atom. We were going coast to coast with these exotic cars and people really loved driving them just as much as we did. That was the start of our Atom community, if you will. But, there was the issue that these cars, at the time, were only made and manufactured in the UK, so there were serious challenges for people here who wanted them. That’s when we got in talks with Ariel to manufacture the car here, which we started doing in 2008 with the Atom 3.

So let’s back up for everyone here who might not be familiar. Can you tell us about the history of the Atom?

So while the Atom 4 is brand new, the name ‘Ariel Atom’ might already sound familiar to you. Ariel first started producing this car in 2000, so it’s been around for two decades. Jay Leno has famously been spotted driving his Atom across Southern California. The guys over at Top Gear have also given it a spin, with much fanfare. Ariel is also a big name with a 150-year history of designing, engineering and manufacturing everything from the earliest cars to motorcycles and icons like the Atom.

So for me, my goal from the beginning was to match this rich, British engineering heritage with the expertise of American manufacturing. And that’s just one of the things that I think sets the Atom apart here. People like American made. People are proud that it’s made in their country — sometimes customers even ask our guys to sign the car under the bonnet or something, and they love that.

But besides that, we take out the worry of buying this exotic car because if you need parts or service, we’re right here. If you buy a niche market car overseas, you aren’t going to get the same kind of service.

So who drives an Atom?

We really get people that just want to get out and drive. It’s also for anyone looking for something different. Anybody who enjoys cars looks at it instantly knows it’s different. And different is good! When you’re driving it on the road people always look. You know, in the exotic car world, anybody can go buy a big brand like Ferrari, Porsche or Lamborghini if you have the money. But not everybody would get an Atom. It’s limited production, bespoke manufacturing and it’s totally different to drive.

A lot of people also replace their motorcycle with it, actually. Really, the Atom 4 is the kind of car that makes you feel alive when driving it. It’s perfectly suited to California canyon roads and places like that.

People also do track days with it. We’re seeing a lot more country club tracks popping up. So instead of going and playing 9-rounds of golf, people are taking a track day and doing some laps. And the Atom 4 is perfect for that. You can go meet friends and have fun and there’s a growing culture around that which we love to see.

Okay, we’re dying to hear about the new Atom 4. Give us some of the highlights.

The all new Atom 4 is the first complete and total rebuild of this vehicle, so the changes are really significant. The design of the Atom has always been about form following function, and with the Atom 4 that’s no different, featuring a redesigned exoskeleton and new tubular steel chassis that’s actually stronger than previous generations without any increase in weight.

Another major upgrade for the Atom 4 is the awesome Honda Performance K20C turbocharged engine which is capable of going 0 to 60 mph in 2.8 seconds, and 0-100mph in just 6.8 seconds, with a top speed of 162mph. But what we’re really proud of is the work to make sure the Atom 4 is as easy to drive on the road as it is fast on a race track. You really get the best of both with this car.

Big thanks to Mark Swain, President of TMI Autotech, Ariel North America and Ginetta North America for speaking to us about the Atom 4. You can learn more about the car over at https://www.arielna.com/arielatom 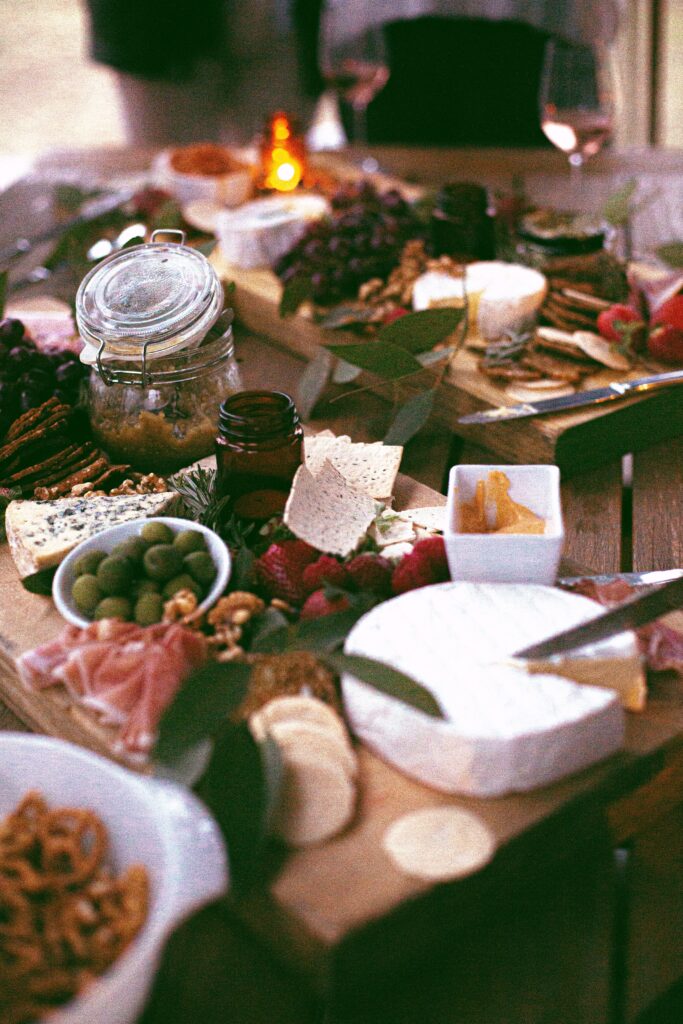 If You Host a Small Gathering and a Guest Contracts COVID-19, Are You Liable?

In the age of COVID-19, most people are practicing safe social distancing, even avoiding groups and gatherings altogether. 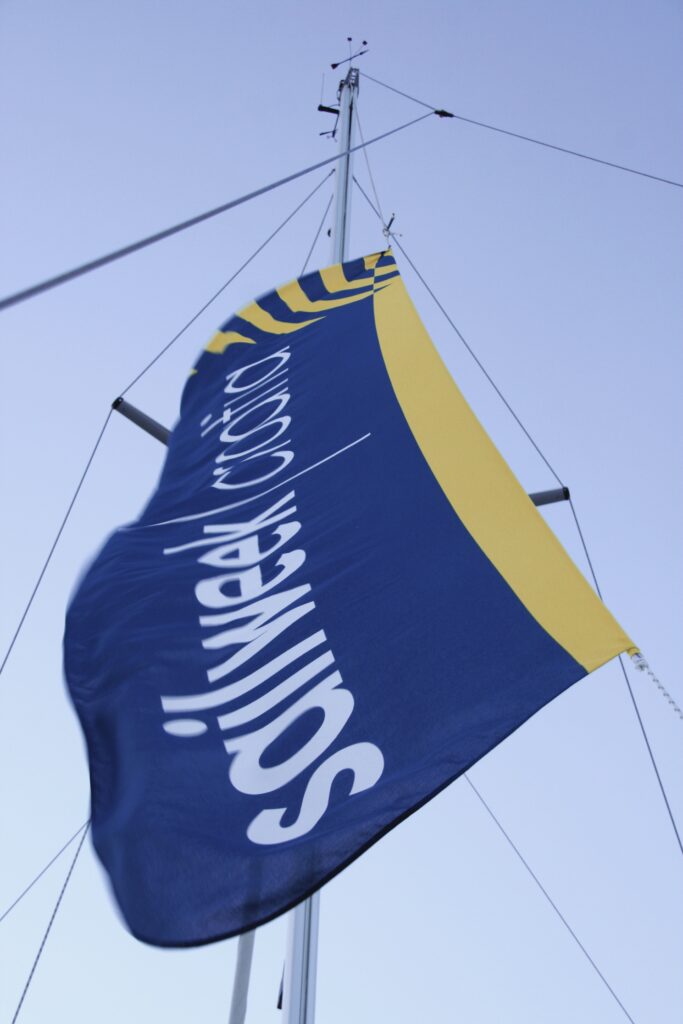 With summer upon us and many of us vaccinated, this year we’re embracing a summer of togetherness. 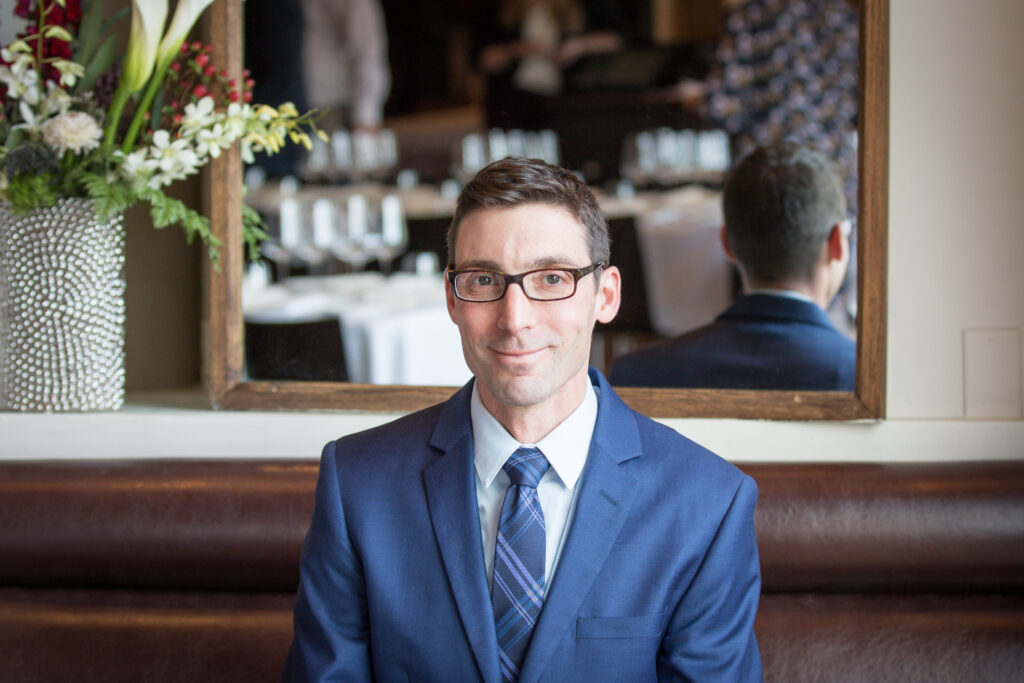 While you may be celebrating the holiday season a little differently this year, if you love wine, chances are it is still going to be on the table.